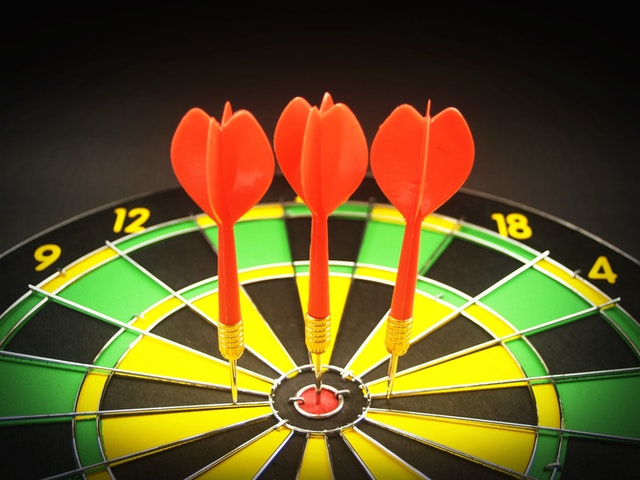 When we see all the successful people out there, rejoicing victory or punching air, most often we think that they are super human with god-gifted talents and are among the lucky-few! I don’t disagree that talent is inherent and a lot of us are born with it. But, when I see people getting to the peak of success, who, in previous life did not show remotely close indication to have any talent, let alone becoming world-renowned, I wonder what the correlation of talent to success is? Putting my researcher hat on, every time I tried to hypothesise talent as a measure of success, the result came as ‘null’. In one project, I trailed a good number of high-achiever, meritorious students to see how they did in their career journey after completing education. I found that 90% of them ended up as being ordinary – at least the way the world defines success. I am not saying they are stupid, but they weren’t able to reach to the peak of glory.

Geoffrey Colvin in his book, ‘Talent is Overrated’, wrote that “greatness doesn’t come from DNA but from practice and perseverance honed over decades.” Although, I slightly disagree to the part of ‘decades’, as I think that we are too fickle minded to keep persevering for decades, I second unequivocally with Geoffrey. In fact, talent is combination of every day ritual which can be sharpened through sustained commitment and laser-like focus even within a shorter period of time. Another author who had similar view was David Brooks, who expressed in his book ‘The Social Animal’, one of the bestsellers,  “A person with a 150 IQ is in theory much smarter than a person with a 120 1Q, but those additional 30 points produce little measurable benefit when it comes to lifetime success”. So what are the key element to success? How can one understand where he/she can succeed? There are tons of thesis on this and millions of minds these days advocating different rules of success. Without any intention to reinvent the wheel, I tried to summarise 5 simple rituals which can keep us ahead in the game.

The very first step towards achieving excellence is to have clarity over what exactly that we want to achieve. It is absolutely essential to set clear directions and a laser-like focus towards that. I have seen far too many people with the ‘mere intention’ to succeed and not knowing what is that they want to attain to become a successful person. One popular model for setting clear direction, which is mostly used within organisational context is, SMART model (Specific, Measurable, Achievable, Realistic, Time-bound). The SMART model, albeit, has been refuted by some scholars arguing that it is too rigid, I do think that it still has its usefulness offering  a clearer path, regardless of what the context is. The SMART model allows to put a fence around our goals which is really important to scale the progress at certain intervals, otherwise, we get caught by procrastination, and vague goals which produce nothing but vague results.

Success isn’t about talent, but rituals that are followed over a sustained period of time.

Far too many people underestimate what they can achieve due to not knowing what they know. To reiterate with Socrates, knowing thyself is the beginning of wisdom and absolutely essential to be able to comprehend our capacity to understand the extent of success we can humanly achieve. For instance – if a short person aspires to play basketball and  to slam dunk like Michael Jordan, perhaps he/she should rethink the type of sport that would best compliment his/her strength, unless, that person is exceptionally gifted like Spud Webb who made history for the best dunk despite being only 5 feet 6 inches tall, which is much shorter than average NBA players! We can use tools like, SWOT (Strengths, Weaknesses, Opportunities and Threats) analysis to outline our core capabilities. With SWOT, we will be able to underpin our key strengths and opportunities and get over our weaknesses.

In sports, having a coach is deemed absolutely obvious. Coach plays pivotal role to enable the athlete to accomplish the maximum level of performance which would have been impossible to achieve as an individual. Much like in sports, a coach or a mentor can play a transformational role to bridge the performance gap and nudge an individual towards success in any field. Mentors can also help to identify the blind spots and guide an individual to enhance productivity to the maximum level. Even the best of the bests like Tony Robbins found Jim Rohn at an early age, who moulded Tony’s belief system which he now uses to inspire millions of people around the globe. In his book ‘Money: Master the Game’, Tony describes, when he was 17, working as a part-time janitor, he made the best investment of his life, $35 to participate Jim Rohn’s seminar, which influenced him profoundly and transformed his belief system to conquer life.

Perhaps we heard this cliché thousand times since our childhood that ‘industry is the mother of good luck’. Hard-work has no alternative and working harder than others can easily outsmart competition. Success doesn’t happen by ‘sheer-luck’, rather a relentless pursuit of dedication broken down into productive hours. Be it sports, be it in music, be it an entrepreneurial stint – it all requires an enormous amount of hard work where most of the people fail or give up as we all look for instant gratification. The most visible example of hard-work is set by Elon Musk, who reportedly spends up to 100 hours a week to juggle various gigs Tesla, SpaceX to name a few. With lunch break of as less as 5 minutes and being sleep-deprived every day in a week, he ensured that he is more productive than anyone else. While I am tremendously inspired by Mr Musk’s vision which has transformed the world, literally, I do disagree with the part of sleep-deprivation. One of my favourite authors Arianna Huffington expresses it rightly -“it’s our collective delusion that overwork and burnout are the price we must pay in order to succeed.” Rather than spending long unfocused hours, I like the practice of ‘strategic time blocking’ as in the words of Robin Sharma, who I greatly admire for his formulas to attain a productive life. The most important part to distil from this conundrum is, how can we enhance productivity exponentially to outperform others easily. Sometimes working smarter is better than working harder.

‘The college drop-out’ turning into a sensational entrepreneur has become a rather popular, yet more ‘sexy’ tradition which may have dwarfed the necessity of formal education. Education in other sector as well, e.g. creative arts, sports isn’t that fundamental to determine the success or failure of an individual. In fact, reality is, far too many educational institutions out there are just trying to attract more students to fill their quota or lift up their rank. So what is role of education to success? Another conundrum, right? The truth is that we are all lifelong learners and we learn by various ways other than formal education only. The first step towards learning is to learn, how we learn. Enrolling to educational institutions, reading tons of books, acquiring lots of certificates do not simply turn you to be a learned person. While they are really important to make us qualified, which has its importance, but there are myriad of other ways we can learn. The important aspect is to identity – what we need to learn and how can we best learn that? It could be a formal degree, technical certifications, hands-on experience, internship or if not anything else, at the least – a failure, which can also teach us great lessons. It should always be kept in mind as in the words of Benjamin Franklin, “an investment in knowledge pays the best interest”. We see the reflection of this into the lives of most successful people like Bill Gates who has read a book every week, throughout his whole career. Warren Buffett, invested 80% of his time in reading and reflecting on those learnt from reading. The essence is, get the mindset of a beginner and consider learning as a lifelong endeavour!